Please accept our apologies we are currently updating our website and cannot take orders. Please check back soon.
25% Off 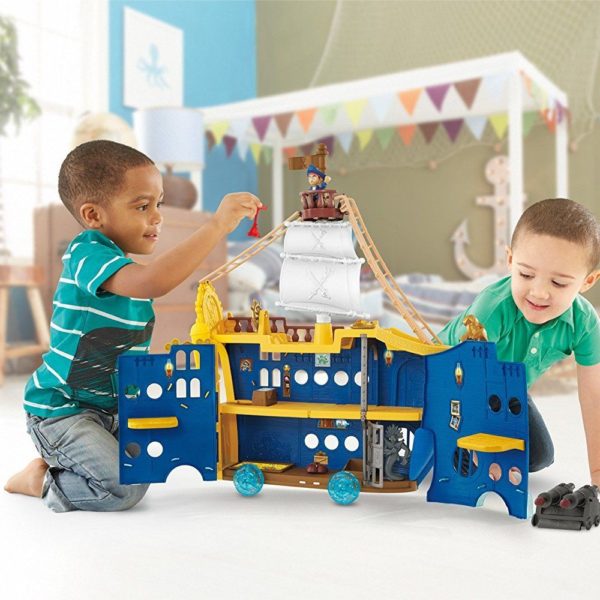 Join Captain Jake as he sails the Never Sea in search of Lord Fathom and climb aboard his new ship, the Mighty Colossus.

This rolling ship opens into a multi-level playset that is over two feet tall with 4 levels of play and 8 cool actions.

Place Captain Jake behind the wheel or on the crow’s nest as he looks to the horizon through his telescope.

Attach the rope to various locations on the ship so Captain Jake can slide down the slide or climb down the flip-down rope ladder to go below deck.

Set Captain Jake inside the Captain’s quarters as he studies his map in search of a new adventure.

Slide his table to reveal a hidden trap door that leads down to a secret treasure room, or stand lookout on the slide out plank before you head to flip down the hidden wall panel to reveal pirate treasure.

Make sure you lock Lord Fathom behind the hinged prison bars, so that he doesn’t steal your treasure! 7 play pieces and 8 cool actions in all.

When you’re finished playing inside you can close it up and push it along as it sails off on its real-rolling wheels!